Truagh Gaels Hurling Club was established in 1993 when the Football club approached our new Parish Curate Fr. Frank Mc Manus, who they knew had a keen interest in the Ancient game, and asked him to attempt to form the basis of a Juvenile team within the ever growing club.

Coaching began under a County Board Scheme and Truagh surprised everyone by their appetite for the game. Twenty boys all under 13 took part in the scheme and by the following year many more were playing the game – so much so that Truagh fielded U-12, U-14 & U-15 teams that year.

This group of players reached their U-15 and U-16 Final which was evidence of our steady improvement and 1996 also saw the emergence of Truagh Hurlers as members of the County U-16 and Minor squads.

We landed our first County Title in 1999 when our Minor team captained by current player Kieran Mc Kenna defeated Castleblaney in Scotstown. This proved that all the hard work down through the years was worth it and plans were laid to field a senior team the next Season.

In 1998 Niall Treanor was named County Minor Hurler and the following Year Damian McRory was also crowned hurler of the year. In 1999 Shane Treanor became the first player to represent Truagh Gaels at Senior Inter county level against Wicklow in the National Hurling League.

Unfortunately with the lack of experienced players at senior grade slowly but surely this promising young crop of players faded and for four or five years hurling in Truagh lay dormant although some players continued to Hurl with Neighboring Monaghan Harps thus ensuring that hurling would not completely die out.

In 2002 a new Development League was set up in Monaghan the Reserve Hurling League and Truagh entered a team. Over the first two years we slowly but surely clawed our way back and formed a committed squad of between 25-30. Since 2002 the club has grown from strength to strength.  Following on from the success of this first year in senior competition at the end of 2003 as a club we decided to regroup and make a real effort to compete and win the Monaghan Reserve Hurling League 2004.

In January 2004 a new Hurling Committee was formed chaired by Kevin Landers with a number of the original players who started Hurling with Fr. Mc Manuas involved in the committee.

It was decided at this stage to enter the Armagh League which guaranteed 14 games against strong opposition from Armagh Louth, Fermanagh and Tyrone. Our manager for 2004 season was the well traveled and very experienced Gerry Murphy from Cstleblaney. Gerry helped to bring order and direction to our young team and we progressed well in 2004. Our first ever senior competitive Hurling match took place on Tuesday 20TH April 2004 St. Mellans against Lurgan. We won well and went on to beat Camlough later that year and ran a number of much more experienced teams close. We also endured some heavy defeat which highlighted our lack of experience and guile. Luckily word came through that year a few exiles were returning from America who would bring some much need experience to the team. Other players also began to drift back to the great game and our club was beginning to form nicely.

Since the Club officially reformed in 2004 we have slowly built up a strong squad which is capable of beating any team in Monaghan and in Ulster at our own level. In 2005 and 2006 for our first assault on the Senior League and Championship in Monaghan we enlisted Declan Connolly, a member of probably the must famous Hurling Family in Monaghan, as our Senior team coach which reaped rewards immediately with better turnouts at training and much more focused training sessions. In 2005 and 2006 we had some notable victories over Clubs with a much longer history than ourselves having beaten CastleBlaney in 2005 by Five points in Blaney the first time Blaney were defeated on home turf in many a year. We played some excellent Hurling and everyone who watched us complemented the passion and effort this young squad had. In 2006 the Senior team entered the Ulster Club League for the first time and this brought more games which meant more experience for our young team which by now was beginning to bare the fruit of all the Hard work carried out a Juvenile level with the introduction of young skillful and very determined hurlers. This experience meant we were able to launch an all out attach on the Ulster League which we saw as the most realistic chance we had at bring home silver at this stage in our development. We defeated Carrickmacross, Killyclogher (Tyrone), Camlough (Armagh), Wood Ford Gaels (Cavan) and most satisfying of all our local rivals Monaghan Harps as we powered our way into the Semi Final of the Ulster League in Donegal Town against Four Masters on their home ground on the 3rd of June 2007. We went into the game with a few injuries and other distractions and never really performed to the high standards we had set ourselves during the League and lost to the eventual League Champions by 6 points. On another day under differing circumstances we have no doubt we would have made the final and with commitment and passion we have in this club no one  would have bet against us going all the way and winning the League out right. The senior team continues to grow in confidence and experience and this group of players are determined to secure the clubs first senior title.

On Saturday 13th March 2004 we reintroduced Juvenile Hurling to the parish. Since then we have gone on to field again at U-12, U-14, U-16 and Minor level. We now have approximately 50 to 60 eager lads training weekly with both their club and at school coached by qualified coaches who are also members of our senior squad emphasising the strong club we have developed here in Truagh. 2008 saw the first appearance of a Truagh Hurler in Head Quarters when Barry Todd and Daniel Mc Kenna represented Monaghan at U-16 level in the Ulster U-16 blitz in Croke Park both lads excelled and let’s hope this is the first of many appearances at this level for club members. We look forward to welcoming members of our U-16 and minor teams into our Senior panel in the coming years and help improve competition for places. A Juvenile title is now definitely with in touching distance and with continued commitment and effort of all involved will happen sooner rather than later.

The Hurling club is eternally grateful to the original founders and current committee of Gaeil Truicha C.L.G. for its on going support and use of the excellent facilities available at St. Mellans and we intend to bring home some silverware in the not too distant future 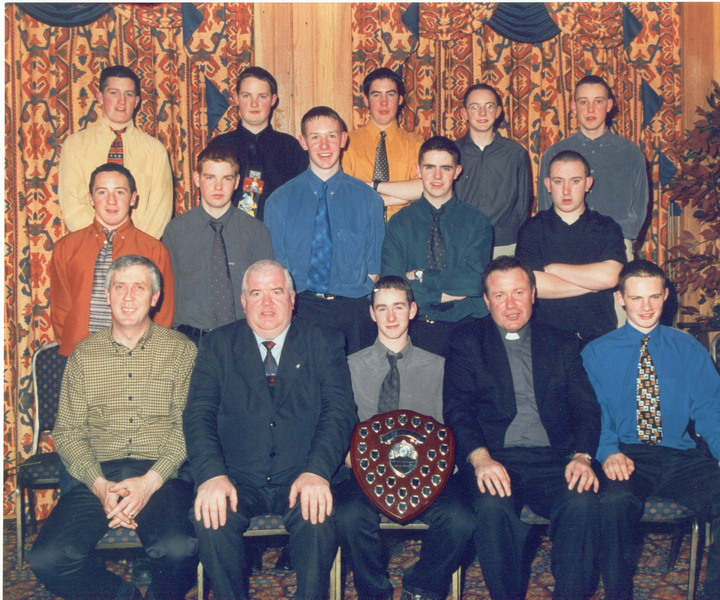 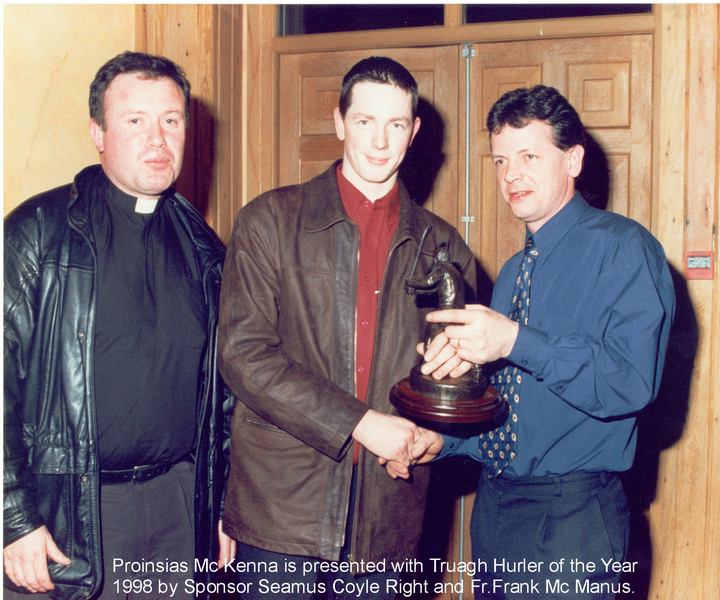 1999 Hurler of the Year Proinsias McKenna 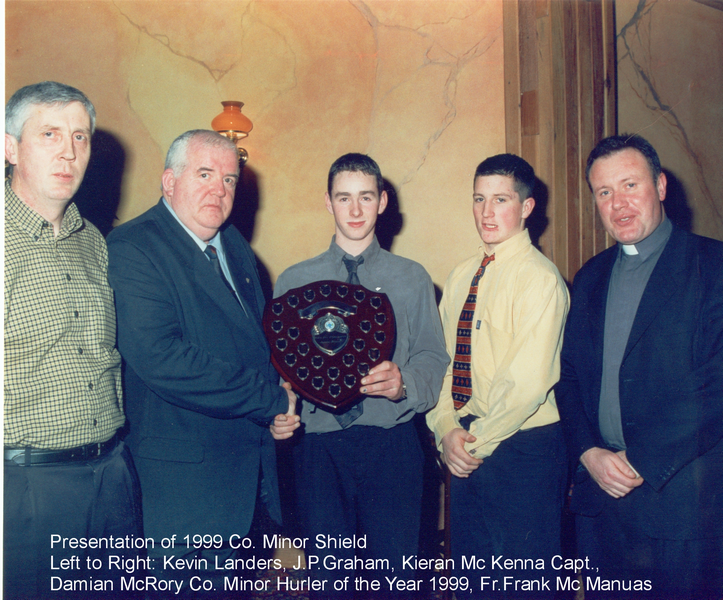 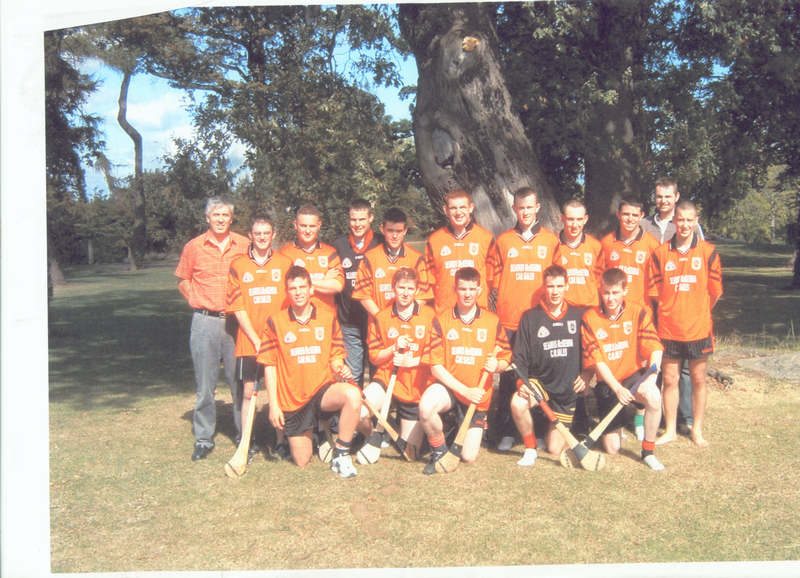 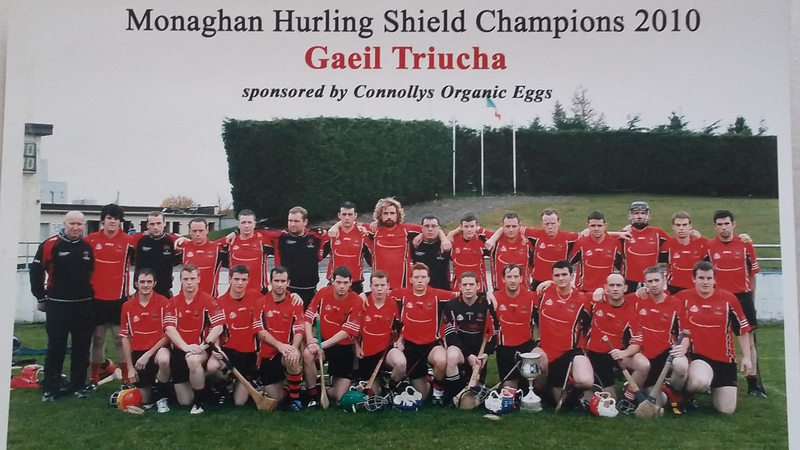 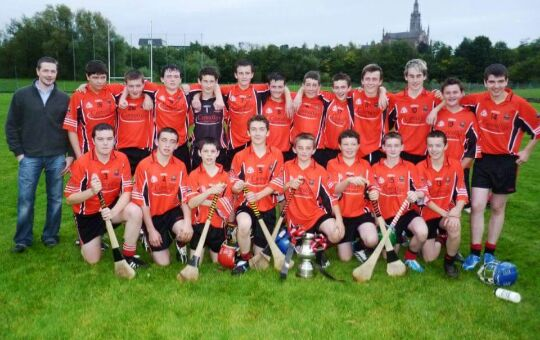 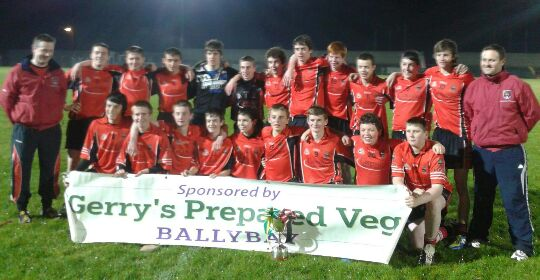 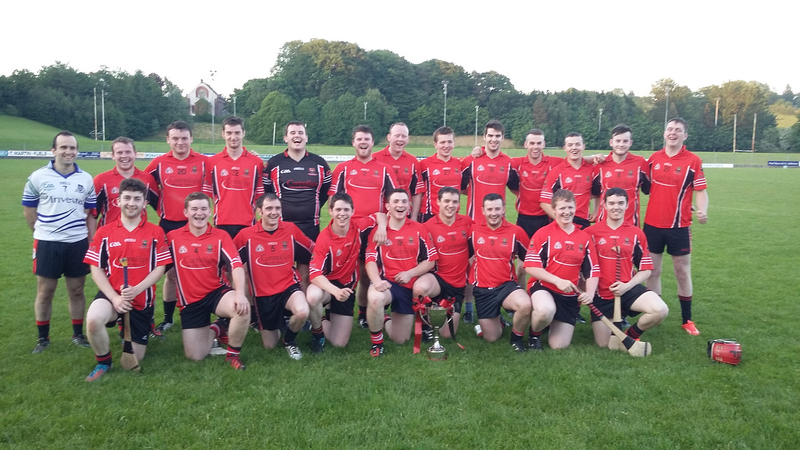